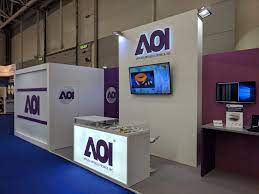 The company has seen its stock soar by as much as 48% in the aftermarket trading period yesterday. The rally came about yesterday after Applied Optoelectronics announced that it had decided to sell off its manufacturing plants in China and also some related assets in its transceiver business. The plants and assets will be sold to Yuhan Optoelectronic Technology in a deal worth as much as $150 million.

In light of such an announcement, it was perhaps not a surprise that the stock managed to go on a remarkable rally and it has continued this morning. Once the transaction is closed, the company’s business is going to be entirely focused on lasers. It should be noted that the company is going to retain the manufacturing facilities that it owns in Sugar Land in Texas and in Taiwan. In this context, it is also necessary to point out that the proceeds from the asset sale is going to be an investment in the company’s business, with a special focus on new laser products and the CATV business.

The residual proceeds from the sale are going to be used by Applied Optoelectronics for general working capital needs. However, the company also announced that it is looking to use the facilities in China on a contractual basis for the purpose of manufacturing certain products relate to its CATV business. Thompson Lin, who is the Chief Executive Officer of the company, noted that exiting the transceiver business was in the best interest of the shareholders.