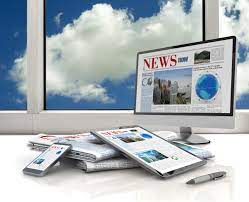 The trading week may be coming to a closer today but investors are still going to be looking into those stocks which may have clocked substantial gains yesterday. One of the stocks which may well come into focus among investors is that of IJJ Corporation (OTCMKTS:IJJP), which had ended up with gains of as much as 15% for the day yesterday.

While the gains made by the stock were notable, it is perhaps also necessary to remember at the same time that there was no news with regards to IJJ yesterday which could have led to such gains.

In this sort of situation, investors may often feel that the rally may have been speculative; however, it may be a better idea to take a closer look at the company and then figure things out.

The company is involved in providing business development network services. It has come up with an online business processing as a software service for the purposes of payment disbursal and for fundraising. The software uses a distribution and accounting module that is aided by a donation platform. In addition to that, there is eCETP as well, which is an e-commerce exchange trading tool. It helps in the funding of project initiatives and current projects of its clients.

In the past, the company had been known as Sun & Surf Inc but back in 2004, it changed its name to IJJ Corporation. The company had actually been established back in 2003 and is based out of Silver Spring in Maryland.

Earlier on in the year on May 23, 2022, the company had announced that it was working on new WebApp development projects and had also sent in an NFT Application deployment. Those were both important updates and revealed the sort of ambition that the company had.