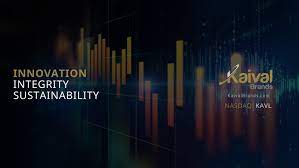 On July 13, 2022 The FDA Ban all non-tobacco derived or “synthetic” nicotine systems making them illegal for sale in the United States which will virtually prohibits companies like Juul Labs from selling their disposable electronic nicotine delivery system because they use synthetic nicotine in their product(s).  Kaival Brands’  (NASDAQ:KAVL) Bidi Vapor products, BIDI® Stick, etc., disposable electronic nicotine delivery system does not use synthetic nicotine in any of their products.

Kaival Brands Innovations Group Inc (NASDAQ:KAVL) is one of the companies which is currently regarded as one of the biggest players in the electronic nicotine delivery system space. It is easy to see why considering it is the distributor of the branch of BIDI products which are of the same nature.

Recently the industry got a major blow after the United States Food and Drug Administration announced on July 13, 2022, that it was placing a total ban on the sake of synthetic nicotine delivery systems in the United States. The news came as a blow for a wide range of e-cigarette companies like Juul Labs but Kaival Brands Innovations Group is unlikely to be affected by the situation.

The products which are sold by the company do not contain anything synthetic and hence, it is not going to be placed under a ban. It goes without saying that the fact that its products are not going to be banned is a major boost for the company and more importantly, it now places Kaival Brands Innovations Group in a position from which it could make a move to take over an even bigger portions of a market that is growing fairly fast.

After the announcement from the FDA, Kaival Brands Innovations Group announced that it was in support of the rule that ended the use of non-tobacco or synthetically derived substances. The latest ruling is a fairly tough one, considering the fact that retailers who are going to keep such products on their shelves being liable to prosecution as well. It is part of a long-discussed crackdown on such synthetic products which have caused a major scare in the United States in the recent past.

However, it now remains to be seen how the Kaival Brands Innovations Group stock performs given the company seems to be in the clear.