Marketing Worldwide Corporation (OTC:MWWC) Stock Is All Set To Recover 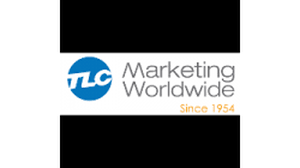 The company had been in the news earlier on in the month on October 7 when it announced that its Board of Directors had unanimously reached an agreement to overhaul the operations. It was a major new announcement and one that may have led to considerable excitement among investors.

At the time, it was announced that Marketing Worldwide Corporation had already started the process of unwinding a wide range of its existing assets and business operations. That particular move had been put in motion after unanimous approval had been granted by the members of the board and the Chief Executive Officer of Marketing Worldwide Corporation.

The company divested from all of its cybersecurity-related operations with immediate effect and that also included the Application Security as well as the Global Digital Forensics business segments. On the other hand, the company also gave up all its interests in Doxed LLC and Minosis subsidiaries.

The move to give up interest in the crypto-related subsidiaries was driven by the fact that the crypto market was in a downturn. Hence, the company concluded that it was not tenable to continue with those two projects.

The company noted at the time that it was going to participate in meetings with investors in order to pick out fresh opportunities over the course of the coming weeks following internal audits. It may be a good time to keep an eye on the Marketing Worldwide Corporation stock.