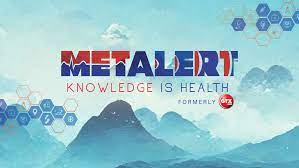 Wearable recovery and tracking location-based products have grown in importance in recent times and there are many companies that are now involved in that particular sector. One of the companies which is regarded as a pioneer in this particular sector is MetAlert Inc (OTC:MLRT) and it may be a good idea for investors to consider taking a look into it.

The company has managed to create a proprietary enterprise monitoring platform based on IoT or the Internet of Things and in addition to that, it has built up a robust intellectual property portfolio as well. Hence, it may be a good time for investors to consider having a closer look at MetAlert.

Not too long ago, the Chief Executive Officer of the company Patrick Bertagna had been involved in an interview at which he discussed the background and aims of MetAlert. It may be a good idea for investors to take a look at some of his comments.

He noted that MetAlert is involved in the wearable technology space and specifically geared towards helping in bringing about improvement in the lives of people who may be suffering from conditions like dementia, autism, and Alzheimer’s disease among others. He went on to note that MetAlert had also been successful in creating technologies that are meant to provide caregivers with the tools to manage the lifestyles of such patients.

Bertagna also stated that one of the more important corporation actions that had been undertaken by the company was of changing its name to MetAlert from GTX Corp. He noted that the company had decided on a change of name in order to reflect its new position in the market.

On the other hand, the company is also well known for having built the SmallScale platform, and Bertagnanoted that MetAlert had managed to expand its capabilities considerably.