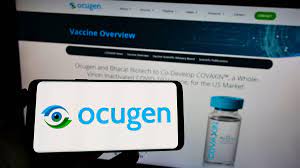 Ocugen Inc (NASDAQ:OCGN), the clinical stage biotech company, has been in sharp focus this morning following a key announcement from the company and its stock has already clocked gains of as much as 12% as a consequence.

The company came into the news cycle this morning after it announced that it had gone into a licensing deal with Washington University, which is located in St Louis in Minnesota. As per the provisions of the deal between the company and the university, they are going to work on the introduction of an intranasally delivered vaccine for COVID-19. The vaccine is going to be launched in Europa, the United States and Japan.

Following the announcement, there was a considerable buzz with regards to the stock right from the premarket trading period and it is expected to be one of the stocks that may be watched closely by investors today.

The licensing agreement between the two parties is of an exclusive nature and includes the production, development, and commercialization of the product in the market that are being targeted. Dr. Shankar Musunuri, who is the Chief Executive Officer of the company, stated that the product had the quality of being an option as a booster dose for patients, regardless of whether they had been vaccinated or not.

He went on to state that the company was looking forward to working with the regulatory agencies in Japan, the United States, and Europe. It was also announced that the intranasal vaccine had already been authorized for emergency use in India. It was also noted that the vaccine is particularly beneficial when viral transmission is at a high level. The vaccine helps in bringing about quick local immunity in the mouth, lungs, upper airways, and nose. It may be a good idea for investors to consider keeping an eye on further developments.