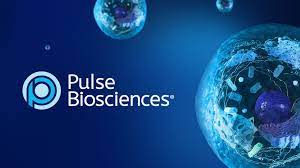 In light of such significant gains, it could be a good idea for investors to take a closer look at Pulse and some of the recent events with regard to the company. Yesterday, it was announced that the company’s CellFX System had been granted clearance by the United States Food and Drug Administration.

Due to this approval, the platform can now be used to treat sebaceous hyperplasia in those patients who may suffer from Fitzpatrick skin types I-III. It goes without saying that it was a major new development for Pulse and the enthusiasm of investors was perhaps understandable.

It should be noted that sebaceous hyperplasia is a commonly prevalent condition of the skin and hence, the platform could be deployed to benefit a large number of patients. It also led to the enhancement of the general indication clearance that had been granted by the FDA.

Due to this clearance, Pulse will not be able to market the platform to clinics and at the same time promote it directly to patients who may be suffering from sebaceous hyperplasia. The FDA provided the clearance after having gone through the data that had been provided by the company from its IDE-approved study. On the other hand, last week, Pulse also announced that it was going to focus more on core NPS technology in the oncology and cardiac sectors. It may be a good time to add the stock to your watch list.