Why Is Evaxion Biotech (NASDAQ:EVAX) Stock Up 60% At Opening Trade? 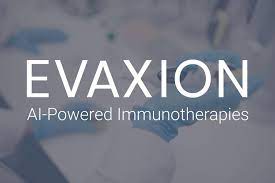 This morning it is fairly likely that investors are going to flock to tracking the Evaxion Biotech (NASDAQ:EVAX) stock after it emerged as one of the biggest gainers today. The stock has gone up by as much as 60% amidst heavy interest after it made a major new announcement.

Evaxion Biotech announced this morning that it had been successful in enrolling the first patient for the phase 2b trial of its product EVX O1, which is meant for treating melanoma, a form of skin cancer. The company is conducting the trials in collaboration with the pharmaceutical giant Merck in Australia, Europe, and the United States. In this regard, it is important to point out that Merck will also be supplying the trial with Keytruda, its blockbuster medicine.

The patients who are going to be a part of this trial are going to be treated with a combination of EVX 01 and Keytruda. However, it is Evaxion that is going to be responsible for the overall trial. The top-line data from the trial is expected to be announced at some point in the second half of next year.

It goes without saying that the announcement was a milestone for the company and a step in the right direction for its product. The excitement among investors was palpable this morning as can be evidenced by the rally in the stock price this morning. It may well be the right time for investors to add the Evaxion stock to their watch lists.