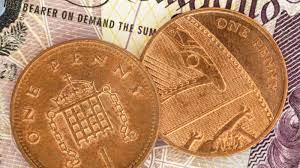 While it is true that investors are almost always on the lookout for such penny stocks which may be on a consistent rise, there are many other types of penny stocks that could be worth tracking. For instance, stocks may have been down in the dumps and had hit their lowest levels in 52 weeks, but had eventually started on the path to recovery. This article is going to provide a lowdown on three penny stocks that are now charting such a path.

The company actually works through a range of subsidiaries and is involved in the development, research and application of Internet of Things products. It is also involved in the electronic token digital door sign space. It may be a good idea for investors to keep an eye on the Code Chain New Continent Limited stock this morning.

Yesterday, the company came into the news after it announced that the clinical results for its product Viactiv Omega Boost Gel Bites had managed to raise the Omega 3 levels in a matter of 4 weeks. It was a positive development for the company and the optimism among investors was understandable.

The company announced yesterday that it was going to report its third fiscal quarter financial results on October 20, 2022, after the closure of markets. On the same day, the company would also host a conference call. The stock is down 65% over the course of the past year.