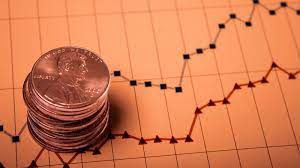 The penny stock is a space that almost always draws a lot of attention from investors and for good reason too. There are many categories of stocks in that space and one of the more popular ones are the stocks that trade under $1 a share. This article is going to take a closer look at some of the stocks under that level which could be worth tracking this week. Here is a look at four such stocks which you could add to your watch lists this week.

Leafly Holdings (NASDAQ:LFLY) – The cannabis sector has been abuzz in anticipation of future gains ever since United States President Joe Biden announced last week that his administration was taking steps to correct its ‘failed approach’ towards marijuana. Amidst the buzz, it is Leafly Holdings that has managed to gain significant attention from investors.

The company is involved in providing shopping tools that are meant for the empowerment of both the retailer and the consumer. The company is involved with almost everything starting from advertising to the tricky task of customer loyalty. As it happens, in September the company had been in the news after it launched its latest new product named Leafly Ads. Chief Product Officer of the company Dave Cotter noted that the tools that the company offers make it possible to take care of each stage of the entire ‘cannabis journey’.

Minim Inc (NASDAQ:MINM) – Although it is a fairly thinly traded penny stock, Minim Inc had seen its stock go on a remarkable move last Friday as it ended up with gains of as much as 51% amidst heavy trading. The rally in the sock had been triggered by the announcement from the company that it had further expanded its online offerings offering the WiFi 6 Mesh System from its Motorola portfolio to Target.Com.

It was a major new development for the company considering the fact that Target.com operates the fifth biggest e-commerce platform in the United States and hence, the potential for a boost in sales could be significant.

It is one of the cheapest energy stocks in the penny stocks space at this point. The company is involved in the shipping of crude oil and petroleum products using its own ships. At this point in time, it owns a total of 8 tankers and a combined capacity of 673,000 tons deadweight.