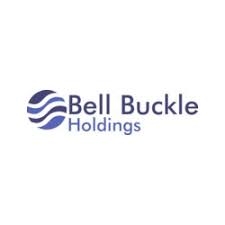 One of the companies that may well come into focus among investors this week is Bell Buckle Holdings Inc (OTCMKTS: BLLB). Bell Buckle is a holding company that is involved in technology, and management and is also focused on the development of strategic partnerships in its pursuit of growth.

Not too long ago, the company decided to merge with Jump Star Sports, which provided the company with the opportunity to get into the children’s recreational sports program space. Last week on July 12, the company provided an update with regards to the latest events and it may be a good idea for investors to take a look.

The Chief Executive Officer of Bell Buckle, Robert Clegg, spoke about the development as well. He noted that everyone at the company was ‘ecstatic’ at the performance that had been delivered by its latest acquisition.

However, that is not all. Not too long ago, it had also been announced that the founder of Jump Start, Richard A Hart had been inducted into the board of directors at Bell Buckle. On the other hand, Hart’s wife Lori A Hart had also been made the Chief Operations Officer at Bell Buckle. In light of the latest developments, it may be a good idea for investors to consider keeping an eye on the Bell Buckle stock this week.