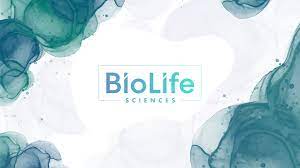 The hemp sector has witnessed significant growth in recent times and when a new company enters the market then it is expected to cause a bit of a buzz among investors. Yesterday, BioLife Sciences Inc (OTCMKTS:BLFE) was in the news cycle after it announced that it had launched its first line of hemp-based CBD products.

It was a major new announcement from the company and one that is almost certainly going to be watched closely by investors as well as analysts. The company announced yesterday that it was going to be offering as many as six specific industrial hemp-derived tincture products. It was further noted that the hemp sciences unit is going to be housed under the natural health product line and orthomolecular medicine division.

The move to get into this space was driven by the acquisition of Health Box LLC by BioLife Sciences towards the beginning of this year. Each of the six different tinctures are going to contain different mixes of non-psychoactive CBDs and strong terpene.

The products have been designed in such a way so as to bring about the maximum possible health benefit to the consumers. In this context, it is perhaps important to keep in mind that the company is not only going to offer CBD products but also work towards deploying the lesser-known variants of CBDs.

Nika Jaksic, the Chief Executive Officer of BioLife Sciences, spoke about the development as well. Jaksic noted that the existing hemp-based products only use the isolates of CBD and BioLife believes that it is the least effective way in which one should try to harness the benefits of CBDs. The hemp-based products are going to be listed as ‘full spectrum’ by BioLife Sciences. It now remains to be seen if the stock comes into focus among investors or not.