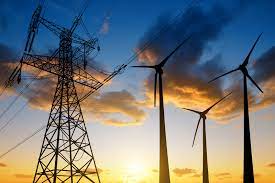 The energy sector has been in focus among investors for many months now owing to the volatility that has been brought about by the Russia-Ukraine conflict. Sanctions and rising energy prices have both had a major effect on the sector. Such uncertainty and volatility, it has also opened up an opportunity for investors to make a killing in the market. The situation still persists and hence, energy stocks are still in focus in a big way among investors. This article is going to provide you with a quick look into some energy companies that may be worth tracking.

Houston Natural Resources Corp announced that it had extended its letter of intent and had now reached an agreement to raise its stake in Cunningham Energy LLC to up to 100%. However, the raising of its interest in Cunningham Energy would need to be completed by December 31, 2022.

As per the terms of the partnership, the company was going to bring solar projects to as many as 19 states in the United States. The announcement was made by the company on October 17 and it led to a rally in the stock yesterday. It ended up with gains of 7.9%.

The appointment had gone into effect immediately. Abbruzzese is a highly experienced executive and holds operations as well as commercial experience spanning a quarter of a century.

SusGlobal Energy Corp (OTCMKTS: SNRG) – There has not been much news lately about SusGlobal Energy Corp but the company’s stock recently hit its lower level in 52 weeks. Some experts suggest that it may well be the time to perhaps consider the stock as an option since a rebound may be around the corner.

Last month on September 21 the company announced SusGlobal Energy Belleville Ltd had been successful in selling its carbon credits.

The company commenced its activities after it had received its drilling permit. Last week on October 13 the company had been in the news as well after it announced that it had inked an options agreement for the acquisition of 1366 hectares of land adjacent to the Hellcat Project that it owns.