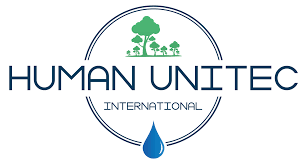 If a company projects a strong outlook for a whole year then it may be a good time for investors to sit up and take notice. A company that was in the news yesterday was Human Unitec International Inc (OTC:HMNU) which made an announcement with regard to its strong outlook for the year 2023.

The company came into the radar of investors yesterday after it announced that it had inked a strategic letter of intent with regard to an exclusive licensing agreement for the HMNU Medical Division. While that was an important announcement in itself, Human Unitec also announced that it had placed its BCPE or Blockchain Property Token on hold. The company had decided to do so owing to the significant decline in cryptocurrencies over the course of the past four months. That being said, all the plans with regard to distribution and registration have already been completed by Human Unitec.

Over the course of the past months, Human Unitec has been highly focused on its HMNU healthcare and medical equipment distribution networks across Europe, North America, and South America. Earlier on in the month on January 8, Alessandro Boy, Chief Executive Officer of Neutel SRL, the company’s joint venture, had been appointed to the board of directors of Human Unitec. It could be a good move for investors to keep the Human Unitec stock on their watch lists at this point.