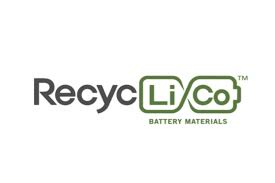 Last week, RecycLiCo Battery Materials Inc (TSX:AMY.V) (OTCQB:AMYZF), which had been previously known as American Manganese Inc, had been in the news after it made a major new announcement. The company is involved in developing environmentally friendly and unique lithium-ion battery upcycling and recycling technologies.

Last week on October 6 the company announced that it had been able to close the supply chain loop for its lithium-ion batteries with the help of its unique upcycling and recycling process. It was a significant new announcement from the company and one that must have been taken note of by investors as well analysts. RecycLiCo Battery Materials announced that through the deployment of the battery-ready materials, the company had been successful in assembling new battery cells. Additionally, the performance of those batteries had also been validated by the company C4V.

As per the report from C4V, the technical and the electrochemical data had managed to hit the benchmark with regard to both performances as well as specifications. In addition to that, it was also noted that the stability and the specific capacity of the batteries were also at an acceptable level.

C4V had also approved that the materials that had been used to assemble the batteries had also qualified. It was another major milestone for RecycLiCo Battery Materials since its work had been validated by a third party and it is going to be interesting to see how the company proceeds with this project in the coming months.