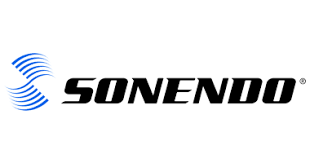 Anyone who is looking into the market this morning may have noticed that the dental technology company Sonendo Inc (NYSE:SONX) has come onto the radars of plenty of investors. The stock has managed to deliver gains of as much as 25% so far this morning after the company made a major announcement and it could be a good idea to take a look.

The company announced this morning that it had managed to raise gross proceeds of as much as $63 million after it closed a private placement of its common stock and pre-funded warrants. Both existing investors, as well as new ones, participated in this private placement.

The President and Chief Executive Officer of the company Bjarne Bergheim spoke about the development as well. He noted that the management of the company was excited at the prospect of getting the backing of a strong and respected group of investors in this private placement round.

He went on to note that the proceeds are not only going to strengthen the balance sheet of the company but also help Sonendo in working towards improving patient care. In addition to that, the company could also be able to continue to provide innovative products to the market.

It should be noted that placement agent fees and other associated expenses are going to be deducted from the gross proceeds of $63 million. The company has stated that it is going to deploy a part of the proceeds toward speeding up many of its commercialization initiatives.

On the other hand, it is also going to be used for bringing about an expansion in the product portfolio. The latest development is a major one for the company and investors could do well to keep an eye on the Sonendo stock over the course of the coming days.