Why Did Athersys (NASDAQ:ATHX) Stock Soar 39% On Friday? 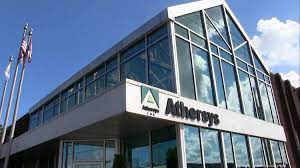 Although the markets have been largely volatile for some time now there were some stocks that had managed to emerge as major exceptions and one of those was the Athersys (NASDAQ:ATHX) stock. The stock was in significant focus among investors and ended up with gains of as much as 39% amidst heavy action.

In light of such a move, it is likely that the stock is going to be in focus among investors this morning as well. On Friday, the company, which is involved in regenerative medicine, announced that it had amended the Securities Purchase Agreement with regards to a stock and warrant offering that it had previously closed. The company announced that the amendment is going to provide it with more financial legroom.

The news came as a source of significant excitement for investors and many piled on to the Athersys stock soon after. It should be noted that a healthcare-related institutional investor from the United States is the counterparty in the particular deal. It had participated in the registered offering that had actually been closed back on August 17. As per the amendment, the exercise period for the warrants has been extended to from five years to seven years.

However, in exchange, the company decided to issue new warrants to investors to pick up as many as 2 million shares of the Athersys common stock for the exercise price that has been set at $6.3850 over a period of seven years.

Investors can start exercising their warrants six months since the day the warrants had been issued. It was noted that in addition to more financial flexibility to Athersys, the deal is also going to allow the aforementioned institutional investors to participate in the future rounds of financing that the company may want to go for over the coming years.