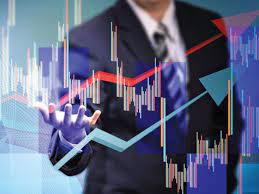 It is often imperative for investors to have a good idea about the stocks which are in the news if they are to enjoy a semblance of success in the stock market. It is then possible for them to make informed decisions with far more ease. This article is going to give you a glimpse into six stocks that you could consider looking into at this point in time.

Infinity Stone Ventures Corp (GEMS.C) (OTCMKTS:TLOOF) – Yesterday, the Infinity Stone stock clocked massive trading volumes in both the Canadian and United States markets and ended up with gains of 23.33% and 25.57% respectively.

The company came into focus after it announced that it had managed to raise gross proceeds to the tune of $350,000 after it closed the third tranche of its offering in which it issued as many as 2,333,332 units at the price of $0.15 a unit. It remains to be seen if the stock can continue to add to its gains today.

The company announced that it had managed to enhance the capabilities of the technology and now it would be able to boost its production levels by as much as 7%. It should however be noted that the technology is still at a patent pending stage.

Safe-T Group Ltd (NASDAQ:SFET) – The cybersecurity firm Safe-T Group was in the news yesterday after it announced its financial results for the six-month period that ended on June 30, 2022. Investors liked what they saw and the stock jumped by as much as 7.2% amidst heavy trading volume.

The company managed to generate revenues of $8,798,000 during the period which worked out to a year on year rise of a staggering 181%. It could be a good idea to keep the Safe-T Group stock on your watch lists.

Zerify Inc (OTCMKTS:ZRFY) – Another cybersecurity firm making the news is Zerify Inc, which has clocked gains of as much as 30.4% over the course of the past week. Yesterday, the company was in focus once again after it emerged that News to The Street was going to do a 12 part series in which Zerify Inc was going to be featured.

It goes without saying that it was a major new development and one that could bring even more focus to the company in the coming months.