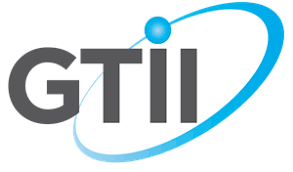 The stock market has been wobbly and weak in recent weeks but if investors look into the markets closely then they are sure to find certain stocks which have bucked the trend in spectacular fashion. One such stock has been that of Global Tech Industries Group Inc (OTCMKTS:GTII) and over the course of the past week alone, it has clocked gains of as much as 127% amidst heavy interest.

However, that is not all. The stock has, in fact, generated significant gains over a longer period, and in the past month alone, it has delivered gains of 270%. In light of such gains, it could be a sound move for investors to take a look at some of the recent development which led to such gains.

Earlier on this week on September 27 the company announced that its Board of Directors had approved a move from the management to reduce the strike price of the warrants that had been distributed in 2021. The previous strike price was $2.75 and the new strike price has been lowered to $2.

Although it was noted that the earlier strike price was certainly a possibility, Global Tech Industries wanted to reward its shareholders by allowing them to be participants for a much lower price. The announcement was a significant one from the company

It was further announced that the process to lower the striker price and that of registering the underlying stock would be commenced imminently. Earlier on in the month on September 14, the company had been in the news as well after it announced that it had gone into a share exchange agreement with the company Wildfire Media Corp. Wildfire is involved in legal marketing and helps law firms with regard to client acquisition, media planning, and related analyses. It may be a good move to add the Global Tech Industries stock to your watch lists.