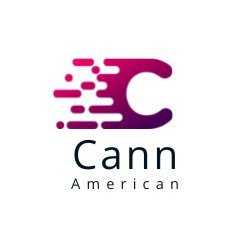 There are now plenty of companies that may be a bit under the radar among investors but it is often a good idea to take a closer look at those companies and perhaps figure out what may be going on. One of the companies to fulfill this particular criterion could well be Cann American Corp (OTC:CNNA).

The company operates in the form of a holding company and is involved in building up an intellectual property portfolio. There has not been a lot of news about Cann American in recent times but back on November 9, 2022 it made a major announcement when it revealed that it had inked another binding letter of intent.

The company announced that as per the provisions of the agreement it signed, it picked up as many as 75 million shares in the company Valkyrie Systems Inc. As a result of the acquisition of those shares, Cann American got 75% ownership in Valkyrie. In exchange, the company offered as many as 10,000,000 Series C preferred shares in Cann American. It was a major acquisition for Cann American and at this point, it could be a good idea for investors to take a closer look at Valkyrie and its operations.

In this regard, it should be noted that Valkyrie had been established to act as a contractor and sub-contractor for the United States military and the United States Department of Defense. The company is a specialist in providing consultancy services and advanced special operations training powered by state-of-the-art technology.

However, it is also necessary to point out that the company offers its services to civilians as well and also to film and television studios. It could well prove to be a key acquisition for Cann American and hence, it could be a good idea to start tracking the company’s stock.