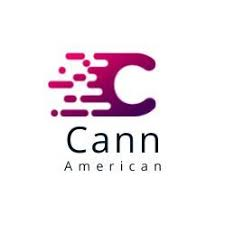 The interest in cannabis stocks has continued in light of recent developments with regard to cannabis legislation and there are now many options for investors. One of the companies to have seen its stock make a big move this month is Cann American Corp. (OTC:CNNA).

The OTC-listed company saw its stock deliver gains of as much as 47.05% so far this month and yesterday, it ended the day at $0.01 a share. In this situation, a pullback or a further bounce may not be completely unexpected. However, it could be a good time for investors to perhaps take a keener interest in it.

It may be a good time for investors to take a closer look at the nature of the company and its operations. Cann American had been established back in 2015 and initially, the company had been focused on developing infrastructure for the cannabis industry in Northern California.

Nowadays, the company has expanded its operations considerably through the ownership of a range of subsidiaries. The company looks to acquire new assets and technologies through strategic investments and acquisitions. There has not been in any news about the company this month despite the rally in the Cann American stock.

However, back on November 9 this year, the holding company was in the news after it announced that it had been successful in inking another binding letter of intent. As per the terms of the agreement, Cann American would pick up as many as 75 million shares in Valkyrie Systems Inc which would make up a 75% stake in the company.

In exchange, Cann American provided 10 million Series C preferred shares in the company. Valkyrie Systems is actually involved in tech-driven special operations training and is mainly engaged as a contractor or sub-contractor for the Department of Defense and the US Military.