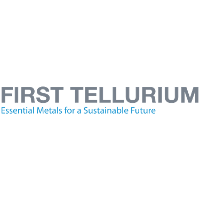 One of the more interesting companies at this point in time is First Tellurium Corp (OTCMKTS: FSTTF) (CNSX: FTEL), which announced a positive development from the rock and channel sampling that had been conducted at the Deer Horn Property.

As it happens, the company was in fact in the news last week on October 19 when it made an announcement with regards to the channel sampling that had been conducted at its Deer Horn Property in the west-central region of British Columbia.

The channel samples in question had been extracted from the Pond and the Pond-H porphyry targets at the property. Tony Forgarassy, who is a geologist by training and the Chairman of First Tellurium Corp, spoke about the latest development as well. He noted that although many assays were still pending the latest sampling effort that had been undertaken by First Tellurium Corp was a successful one by any yardstick.

He went on to conclude that the ‘porphyry story’ was coming together for First Tellurium Corp. It was a significant new announcement and one that may be of interest to many investors as well. It now remains to be seen if the stock comes into focus among investors this week or not.

We are witnessing a unique and sunspot hot performance of lithium and battery metals during this broad markets downtrend. Headlines are reading like “Lithium Demand Soaring”, “Lithium Price Breaking Out Aggressively”, “Ever Growing EV Demand Drives Positive Price Momentum”.

This year the U.S. and Canada have committed billions of dollars towards securing battery metal resources and also battery innovation. Vehicle manufacturers worldwide have also recently committed over 100 billion dollars to the same mandate.

Battery tech is accelerating at a rapid pace and we are seeing disruption in various cell innovations such as Tellurium – Lithium solid state batteries. These superior batteries are getting close to market, specifically the Tellurium – Lithium battery as we see the University of British Columbia developing the next generation of batteries with an EV focus. With the adoption of tellurium cathodes they have been able to supercharge the performance of lithium cells at a disruptive level. Tellurium is extending battery life up to 400% and has shown to hold up to 10 times the charge! The rare metal is used mainly in the solar industry but now that EV battery tech is discovering the virtues of tellurium the demand for this is also soaring with a tight supply.