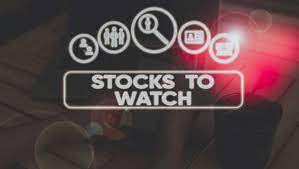 There are a number of penny stocks on the OTC Markets which may be followed by investors closely at this point in time. However, at the same time, it is important to point out that investors need to do their research thoroughly before getting into these stocks. At the end of the day, penny stocks can be quite volatile. This article is going to look into some penny stocks on the OTC Markets that may be worth looking into at this point owing to the gains that have been made in recent times.

Hannover House Inc (OTCMKTS:HHSE) – The first penny stock gainer from the OTC Markets to look into is Hannover House Inc, which clocked gains of as much as 31% on Friday. However, there was no news about the company that could have led to such gains.

The company is involved in running a media distribution and production entity with a global presence. It produces and then distributes videos and features films for home videos, television, streaming platforms, and theatres. The company had actually been established way back in 1993 and is based out of Fayetteville in Arkansas.

The head of the NFL Retired Players Association Carl Eller endorsed the work that had been accomplished by Halberd in the field of Traumatic Brain Injury research. It is a recurring problem in the National Football League and such injuries have often led to long-term neurodegenerative conditions in former players.

Mass Megawatts Wind Power Inc (OTCMKTS:MMMW) – Recently,  the company announced that it had started making preparations with regard to the construction of as many as two solar power systems in Brooklyn, New York. The purpose of the two systems is to demonstrate the advantages of the company’s Solar Tracking technology, which is still at the patent pending stage.

Zerify Inc (OTCMKTS: ZRFY) – Another stock that has come under the scanner this morning is Zerify Inc. The cybersecurity firm has seen its stock clock gains of as much as 4% this morning amidst considerable interest.

Last week, the company announced that its stock was going to start trading under the new ticker symbol ZRFY. It commenced trading with that symbol yesterday. The company had previously been known as StrikeForce Technologies Inc and recently the name change to Zerify had been approved by FINRA.

The company had last been in the news back on July 7 when it announced that its CBD-laced de-alcoholized wine beverage had gone into production. The first production run is going to be 19,400 bottles and the deliveries were going to begin in August.