Solar Integrated Roofing Corp (OTCMKTS:SIRC) Is The Top Stock To Watch This Week 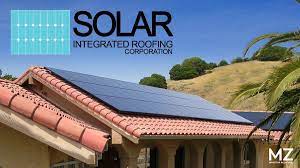 Earlier on in the month Solar Integrated Roofing Corp (OTCMKTS:SIRC) had been in the news after it had made a major new announcement back on October 4, 2022. Before getting into the nature of the announcement, it is perhaps a bit more important for investors to have a better idea about the nature of the company and its operations.

The company is involved in roofing systems installation, single-source solar power, and electric vehicle charging spaces. It specializes in both residential as well as commercial properties in the United States. It has a legacy focussed leadership and is well known for constant innovation. In an industry that is evolving constantly, continuous innovation is something that may prove to be a major advantage.

The company announced on October 4 that it had appointed one of the veterans from its operations executive team, Stefan Abbruzzese, as the President. The appointment of Abbruzzese as the new President went into effect immediately. In this situation, it may be a good idea for investors to take a closer look at the credentials of Abbruzzese as an executive in order to make up their minds about the appointment.

He is a highly experienced commercial and operations executive with more than a quarter of a century of experience in a wide range of sectors starting from financial services and technology to software and consumer products.

In addition to his diverse experience as an executive, Abbruzzese is also credited for having managed to build a number of world-class teams and oversee the building of organizations at various stages of their life cycles.

Not too long ago, he had also been the Chief Operating Officer and Partner at the leading private equity firm L Catterton. It may be a good idea for investors to consider keeping an eye on the Solar Integrated Roofing Corp stock at this point.